Pyramids CR - constructions of extinct civilizations in our area

The monumental pyramidal structures with "artificial finishing touches" appeared on the Earth as early as in Paleozoic times. Their creators were people of giant stature. These pyramids were basically a part of mountain ranges or single hills modified into pyramidal shapes with specially sanded surfaces and with specific internal structures of tunnels and chambers. They were carved using technologies that are unfamiliar to us. The oldest structures on the territory of the Czech Republic are almost always secondarily modified hills of pyramidal shape, paneled with two to three layers of large panels of artificial geopolymer-based stone, with underground multi-level circular labyrinth, and a system of tunnels and chambers.
Read whole article ⇢

You can buy the book The Pyramids, the Giants,
and Lost Developed Civilizations in the Czech Republic at our order form. 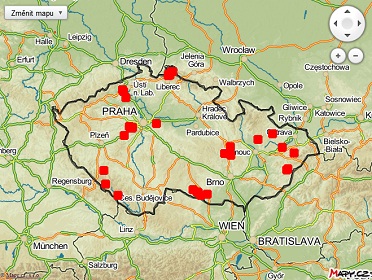